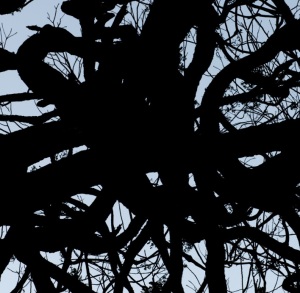 BRAMNATION!
October 1 – November 9
Opening reception Sunday, October 6th from 1-4 p.m. This exhibition features works by two incredibly accomplished, internationally recognized photographers, both of whom launched photographical careers in Louisville.  John Nation and Richard Bram each hail from disparate and successful careers in the military and political science, respectively, and approach their work with deft eyes for circumstance as well as composition.  John Nation has worked as both a staff photographer for Louisville Magazine for thirty years and as a freelance artist.  He is reputed for his disarming ability to capture intimate portraits of his subject without contrivance.  His work has appeared in various regional, national, and internationally publications, including Times, Nation’s Business, Food Arts, and Landscape Architecture.  In addition, he has photographed four presidents, former Soviet Union leader Mikhail Gorbachev, and worked on elephant research in Kenya.
His work on the Parklands of Floyds Fork were on exhibition at The Green Building in Louisville last year.  The photographs of 21st Century Park’s ambitious project linking four parks and connecting 4,000 acres along Floyds Fork document landmarks, landscapes, and natural features unique to the region that the project will attempt to conserve.
Richard Bram worked as a freelance commercial photographer in the 1980’s & 90’s in Louisville, Ky.  In this setting he honed in his sense of timing and ability to catch his subjects’ significant gestures and the irony of situational imagery, developing his style while earning a living.   In 1997 he moved to London and abandoned the commercial side of photography to focus on his talent for capturing eclectic quotidian street life and in 2001 he was invited to join iN-PUBLiC.com, an international street photography collective.  His works are included in such prestigious collections as the Bibliotheque national de France and he has had a multitude of national and international, solo and group exhibition (including museum & commercial galleries) . Bram has also
lectured, curated exhibitions and given workshops across the globe on “street photography.”
The works in BRAMNATION illustrate the juxtaposition of the familiar and unfamiliar in both urban and rural settings, and from two equally contrasting approaches.  Bram’s images highlight the subtle strangeness of public scenarios from deadpan angles, reporting on the unlikely with a dry sense of humor that creates surreal unease.  John Nation abstracts the natural form through his manipulation of proximity and perspective.  Some present surface textures like topographical features, others speak to the intricacies of forms themselves, and all are highly saturated in a complex palate.  Together these works illustrate the necessity of having an eye for chance and the knowledge base to expand it.